Stoneground gouache is a water-based media that dries to an opaque, matte finish. Rhubarb Pie is a combination of pigments that results in a deep, intense red, noticeably darker than Naphthol Red and Winter Radish, and redder than Saskatoon Berry.

Artist Notes: Combine Rhubarb Pie with blues to get dark shadows and the murky violets found in dramatic skies. 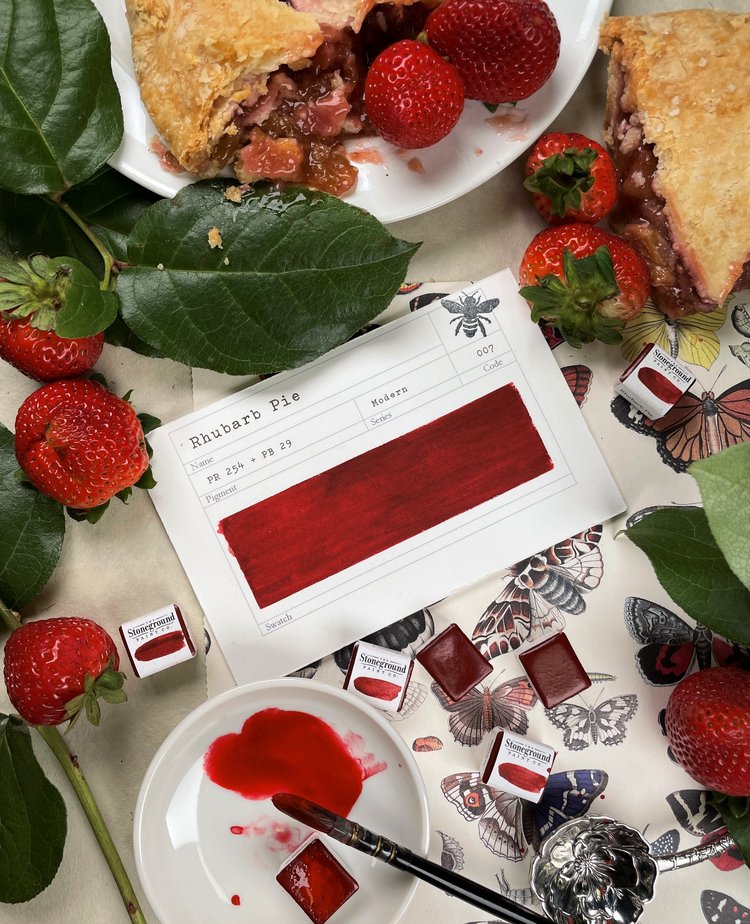 Stoneground Paint Co. creates their handmade gouache by combining the world’s finest pigments as well as premium French chalk with a binder made from water, gum arabic, and honey. Colours are easily mixed with one another and can be used interchangeably with Stoneground watercolour paint.

Stoneground defines modern colours as those developed and discovered after 1704. This was when the accidental discovery of Prussian Blue occurred. The colours Stoneground classifies as such, contain organic and inorganic pigments. Also, they are typically characterized by their intense and bright appearance.