Stoneground gouache is a water-based paint that dries to an opaque, matte finish. These gouache paints are easily mixed with one another and can also be used together with Stoneground watercolour paint. Titanium Grey is an incredibly versatile colour that is useful for muting other colours, and for mixing an enormous range of interesting and complex hues. Incredibly useful for atmospheric effects such as rain, clouds, and fog.

Artists Notes: This beautiful grey can be used to great effect in landscape paintings to illustrate bark, fence posts, and features such as stones, or for urban sketching, architectural studies, not to mention the variety of wildlife subjects it lends itself to.

Paint Makers Note: Titanium was discovered in 1791 and was named after the Titans of Greek mythology. 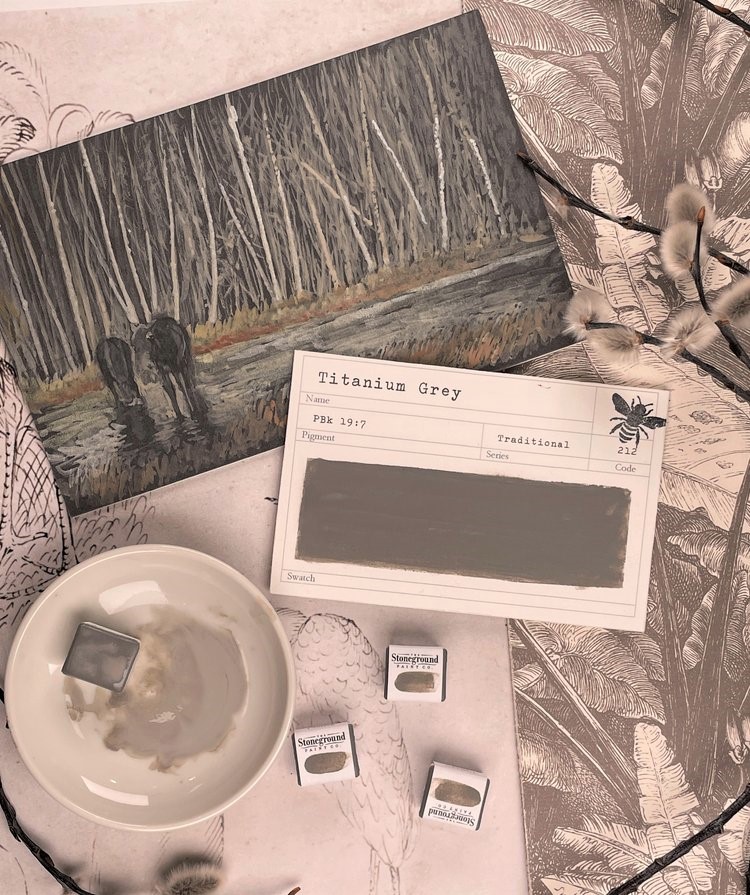 Stoneground Paint Co. creates its handmade gouache by combining the world’s finest pigments, as well as premium French chalk, with a binder made from water, gum arabic, and honey.

Traditional Gouache colours have been used by artists for hundreds, and in some cases, thousands of years.  These are primarily inorganic pigments such as iron oxides, green earths, as well as the popular umber and sienna pigments of the Renaissance. In some instances, they include the modern equivalent of a traditional pigment. For example, Titanium White, which replaces toxic Lead White in artist’s materials.