Gum Arabic is certainly the oldest and best known of all the gums. The Egyptians knew as the kami and allegedly used it by the third dynasty (2650 BC.) To ensure the cohesion of the bandages of mummies. This powdered gum arabic is versatile and useful for a variety of fine art applications, such as making watercolour paint.

Gum Arabic is a solidified sap produced naturally, or as a result of an incision on the trunk of trees of the acacia family. This product is harvested mainly in Saharan Africa. It is an highly ramified acid polysaccharide often found in the form of potassium salts or of mixtures of magnesium and calcium. It is sold commercially as a powder or unmilled crystals with colors ranging from pale to brownish yellow.

Gum Arabic is tasteless, odorless and edible. It is soluble in water, but insoluble in alcohol. Even at a concentration of 30 to 40%, Gum Arabic is still very low in viscosity. It is mainly used as an emulsifier, as a protective colloid in emulsions, or as a carrier for flavoring.

Gum Arabic is also used in the manufacture of certain incenses due to it’s binding properties. Additionally, it is used as an emulsifier in some carbonated beverages such as Coca-Cola and even in certain adhesives, smoking papers and postal stamps.

In painting, Gum Arabic is the traditional binder of watercolor and gouache. It can also be used in liquid solutions as a painting medium or in manufacturing dry pastels, although gum tragacanth is primarily used. A diluted solution of Gum Arabic may also be used as a fixative for dry pastel or charcoal.

In lithography, the hydrophilic properties of Gum Arabic help create and maintain a water film on the non-inked portions of the lithographic stone (water pushes the fat).

In photography, Gum Arabic is also used in the gum dichromate process and for certain retouches and alterations. 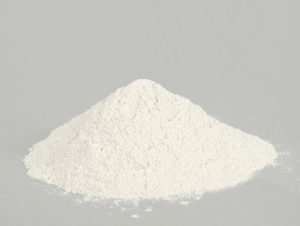