The Herbin 1670 Ink Collection celebrates the rich life and adventures of J. Herbin, an enterprising French sailor of the mid-17th century. He made a number of voyages to India, collecting ingredients and formulas for his sealing wax and inks. He began making pen inks in his Paris workshop beginning in 1700 with the “Ink of Ships” and the “Jewel of Inks.” Today, Herbin inks are widely used and internationally renowned.

To celebrate the 340th anniversary of the founding of J. Herbin, Herbin introduced a new color, “Rouge Hematite,” especially made for this event. With a dark red color and earthy tone, Rouge Hematite ink is a reminder of the historic color of the Herbin logo and the sealing wax used by members of the royal courts. The design on the box represents the life of J. Herbin. The ship, anchor and palm tree represent navigation and discovery. The crown is a reference to the red sealing wax used by the royal court. 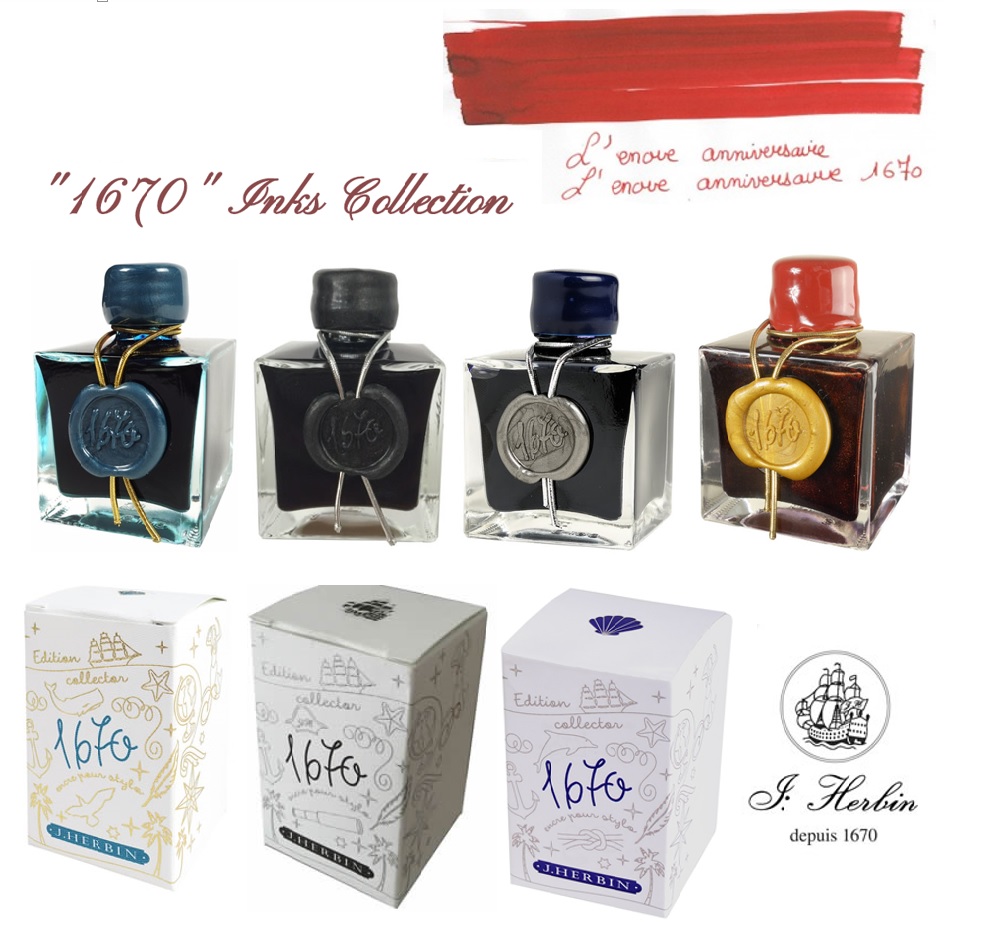